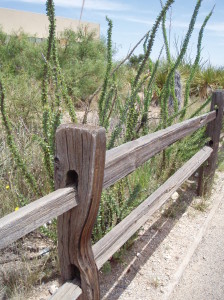 It’s time to cover square roots in preparation for the Pythagorean Theorem.  I’ve written before about some of the struggles I have teaching the concept of a square root.  I believe that if a concept cannot be briefly defined to a student, then that is a signal that the student does not have the necessary foundation and is likely to struggle.

Square roots are a good example.  We say that the square root of 25 means, “What number can I multiply by itself to get 25?”  Even if a student can parse that, that doesn’t mean he or she can anchor it to any schema.

I decided this year to go with a geometric approach to the square root.  (This is stuck in the geometry unit after all, right?)  I started researching square root lessons based on squares and the lengths of their sides.  I was shocked that I couldn’t find anything.  I found many tradition and very abstract lessons on square roots, but nothing concrete or geometric.  I found one or two essays asserting that we should just teach students to calculate square roots manually and everything would be fine.  (Where’s the sense in that?!  They all have slide rules hanging from the scabbards on their belts!)

Here’s what I came up with:  A story about gremlin ranchers in West Texas.  The perfect gremlin pen provides one square foot of area for each gremlin.  It also must be built from expensive titanium fencing.  This list of facts was designed so students would minimize the area of a rectangular pen and settle on square pens as the optimal design.  Then we had a basis for a definition of squares and square roots.

This is far less abstract for students.  I had very few students making the common mistake that the square root means to divide by two.  In the days ahead I am very curious to see how well this model helps students when we have to estimate irrational square roots (such as the square root of 12).

Incidentally, this lesson was run by iPod.  I made PowerPoint slides prompting students through the directions and questions they should answer.  Each group was issued an iPod Touch and followed the directions.  This setup worked well.  I monitored groups and had some scripted questions if they were stuck or sluggish.  We recapped all the major points of the activity during a 5-10 minute closure at the end of class.